Balfour calls on SNP to u-turn on newspaper rates relief 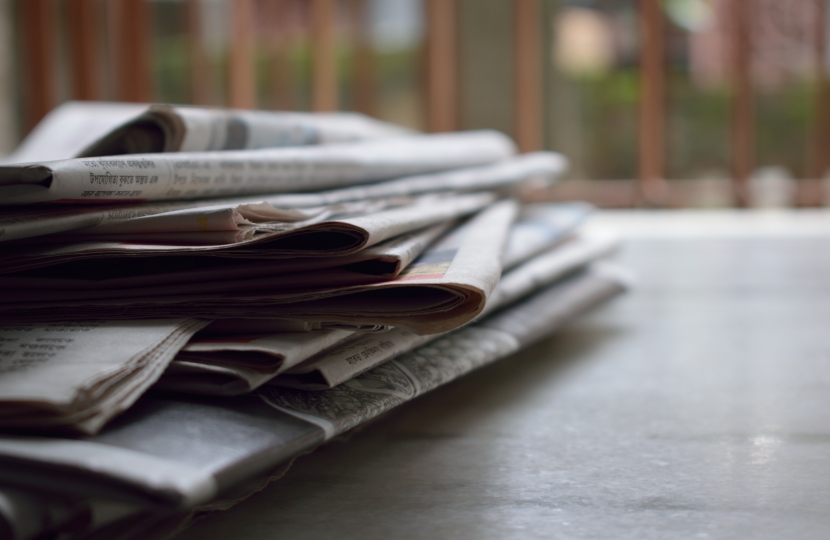 Scottish Conservative and Unionist MSP for Lothian, Jeremy Balfour, has slammed the SNP Government for failing to show their support for local newspapers.

Jeremy Balfour’s criticism comes after the Scottish Conservatives secured cross-party support in the Scottish Parliament calling on the SNP Government to extend rates relief for the next year, which SNP MSPs voted against.

SNP Finance Secretary Kate Forbes is set to axe the relief at the end of this month, despite having record funding from the UK Government.

Jeremy Balfour MSP says if local newspapers die, then democracy does too and has urged the SNP to put aside their hostility to media scrutiny.

In May last year, the SNP failed to back a Scottish Conservative motion to provide rates relief to newspapers at the height of the pandemic.

Mr Balfour says this is yet another example of the SNP failing to back local newspapers in Lothian at a time when they need it most.

Commenting, Scottish Conservative and Unionist MSP Jeremy Balfour said: “The refusal of the SNP Government to extend business rates relief is a real slap in the face for local newspapers and journalists working here in Lothian.

“The SNP need to put aside their opposition to media scrutiny and give them this lifeline extension.

“As we continue to fight the pandemic, people are turning to local newspapers for vital information.

“Extending rates relief would be a major boost to them at the time they need it most. Like last year though, the SNP are yet again failing to stand up for much loved local publications and appear happy to risk vital jobs  and livelihoods in Scottish journalism.

“The SNP seem to want to let newspapers here in Lothian go to the wall.

“Alongside my Scottish Conservative colleagues I will be continuing to push Kate Forbes to make an urgent u-turn on this illogical move.”